Ronald D. Schilling “Ron”, age 55 of Kettering, OH, passed away July 13, 2021. He was born on April 2, 1966 in Charles City, IA to the late Victor and Lou Eva (Meiners) Schilling. In addition to his parents, Ron was preceded in death by his siblings, Janet Walker, Jeffrey Schilling, Randy Schilling and David Schilling.

Ron graduated from Wright State University School of Nursing program, earning his bachelor’s degree. Following his retirement from active duty in the Air Force, Ron worked and managed at the Dayton Veterans Hospital.

Family will receive friends from 11:00 AM to 12:00 PM on Tuesday, July 20, 2021 at Newcomer Funeral Home, Centerville Chapel. A graveside service with military honors will begin at 1:00 PM at Dayton National Cemetery. There will not be a funeral procession to the cemetery. 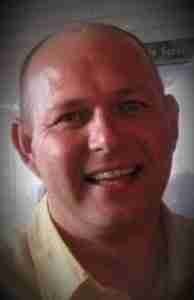