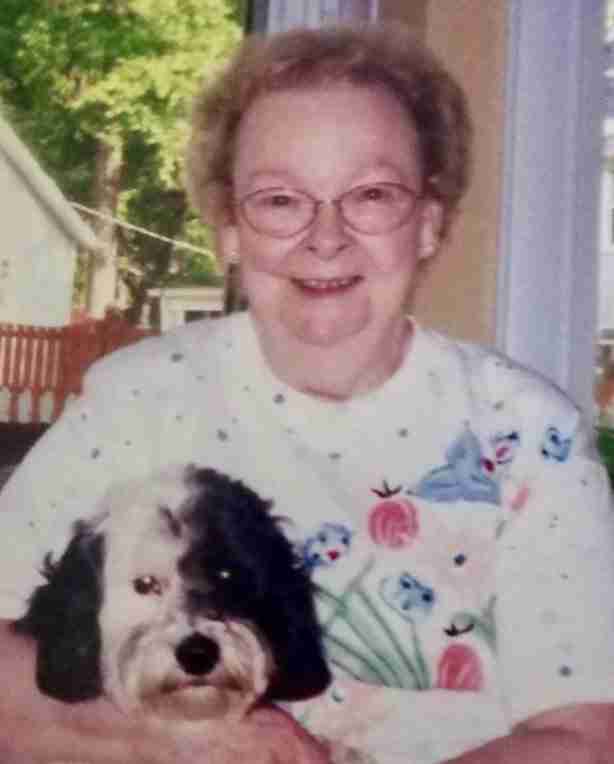 A memorial service for the immediate family and close friends will be held at 1:00 p.m. on Saturday, June 27, 2020 at Hauser Weishaar Funeral Home in Charles City which will be live streamed on the Hauser Weishaar Funeral Home Facebook page. Burial will be at 11:00 a.m. on June 29, 2020 at the St. Andrew’s Catholic Cemetery in Fairfax, Minnesota. A Celebration of Life is being planned for the future as well.

Lorraine C. (Pfeffer) Wolterman, or Honey as she was known to family and friends, was born September 23, 1930 the daughter of Joseph, Sr. and Christina (Reger) Pfeffer.

Lorraine worked as a clerk in her uncle’s grocery store prior to getting married to Gerald “Jerry” Wolterman on February 18, 1952. In later years she was the bookkeeper for her husband’s businesses, Wolterman Construction Company and Wausau Homes.

Lorraine was a member of Immaculate Conception Church, where she participated in many activities including the Rosary Society and St. Theresa’s Circle, where she was the activities coordinator for over 30 years.

Lorraine enjoyed decorating for the holidays, playing cards, dancing, visiting with family, and adding to her collections of bells and Santas. She was famous for her brownies and cinnamon rolls. The family would like to thank Dr. David Schrodt, the 9th Street Chautauqua Guest Home staff, and hospice team for their compassionate care of Lorraine and support for the family.

She was preceded in death by her husband of 68 years, Gerald Wolterman; parents: Joseph and Christina (Reger) Pfeffer; brothers: John and Joseph Pfeffer; and sister: Bernadine (Edwin) Walz.

In lieu of flowers, the family suggests memorials be given to Immaculate Conception Catholic School in Charles City.