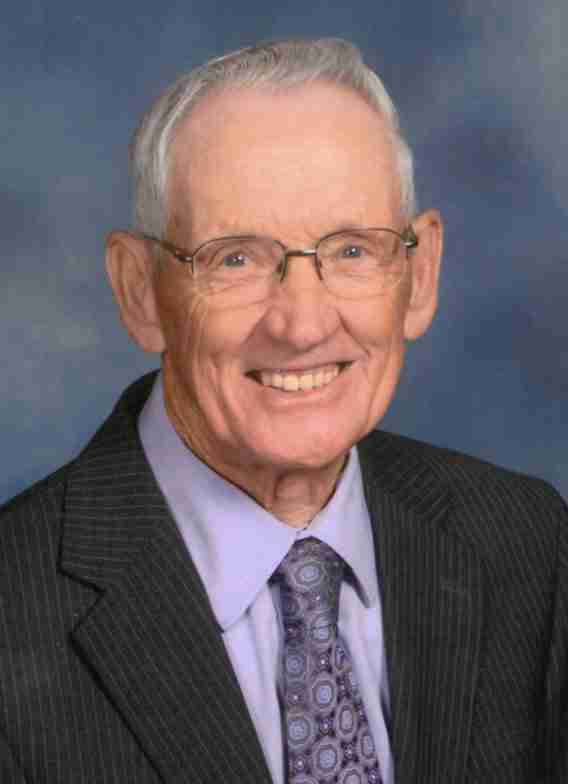 Leon Isakson, 82, of Colwell, died peacefully at home February 7, 2020 where he was cared for by his loving family.

A funeral service for Leon Isakson will be held at 11:00 a.m. on Saturday, February 15, 2020 at Saint John Evangelical Lutheran Church in Charles City with Pastor Russ Leeper officiating. Burial will be at Sunnyside Memory Gardens in rural Charles City.

Visitation will be at Hauser Weishaar Funeral Home from 5:00 to 7:00 p.m. on Friday, February 14, 2020 and will continue one hour before the funeral service at the church on Saturday.

Leon Allen Isakson was born October 2, 1937 in Estherville, Iowa to Bernard and Esther (Iverson) Isakson. He was baptized at Immanuel Lutheran Church in rural Emmet County on November 14, 1937. Leon enlisted in the U.S. Army in October 1956, five months after graduating from Estherville High School. In the military, Leon was trained as a cryptographer. The majority of his service was spent near the Helmstedt checkpoint outside of Berlin. He was honorably discharged in October 1959.

Leon married Marilyn Kay Stoltz on August 6, 1960 at St. Paul Lutheran Church in Graettinger, Iowa by Pastor H. Irving Peterson. Leon and Marilyn were blessed with two children: Rhonda and Lon. In 1967, Leon purchased a small farm near Colwell, Iowa where the family resided ever since. For employment, Leon worked for Western Union Telegraph Company until he entered construction in 1967. He eventually owned and operated Isakson Construction until retiring in 2000.

Leon proudly enjoyed farming with his Allis Chalmers tractors, raising and caring for his black Angus cattle, spending countless hours maintaining and fishing at his pond and sharing the results of his exceptional green thumb with everyone he could. Each of these activities was enhanced greatly when any of his grandchildren could be by his side.

Leon’s work ethic was above most. He toiled daily to proudly make improvements to the homestead. His resourcefulness and ingenuity to repair anything around the farm was widely known. Leon had a strong faith and was a devoted husband, father and grandfather.

Leon Allen Isakson is survived by a loving and supportive family including his wife, Marilyn, of 59 years; daughter, Rhonda (Gale) Dana of Cedar Falls and their three daughters: Abigail (Seth) VanGelder of Cedar Falls, Ashley (Josh) Northness of Evansdale and Alexandra Dana of Cedar Falls; son, Lon (Kimberly) Isakson of Colwell and their three children: Zachary (Morgan) Isakson of New Hampton, Taylor Isakson of Charles City and Dylan Isakson (Amber Axon) of Charles City; he was blessed with one great-grandchild, Jade Renee Northness; sister, Joyce King of Estherville; along with several nieces, nephews, other family members and friends.

Leon was preceded in death by his parents, Bernard and Esther (Iverson) Isakson; a brother-in-law, Dale King; and two nephews: Dan King and Tim King.