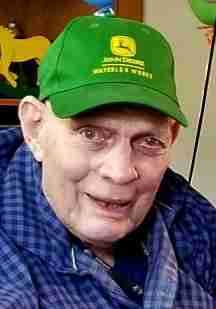 A Mass of Christian Burial will be held at 10:00 a.m. on Wednesday, January 8, 2020 at Immaculate Conception Catholic Church with Reverend Gary Mayer officiating. Burial will be at Calvary Cemetery in Charles City.

Visitation will be at Hauser Weishaar Funeral Home from 5:00 to 7:00 p.m. on Tuesday, January 7, 2020 with a Scripture Service beginning at 6:45 p.m. Visitation will continue one hour before the funeral Mass at the church on Wednesday.

Gerald Matthew Frascht, the son of Bernard and Elizabeth (Osier) Frascht, was born June 14, 1926 (he was so proud to share his birthday with Flag Day) on a farm between Greene and Charles City. He received his education in country schools and helped on the family farm.

Gus proudly served his country in the Philippines during World War II by joining the United States Army. After his honorable discharge, he returned home and continued farming with his father on the farm. On November 8, 1950, Gus was united in marriage to Josephine Vohsman at Saint Michael’s Catholic Church in Nashua. The couple dedicated their lives to farming near Nashua until they moved to Charles City in 1990.

NFL Hall of Fame unveils finalist for class of 2020