On this date 27 years ago, Billy Ray Cyrus hit the top of the charts with “Achy Breaky Heart.” It stayed there for five weeks. 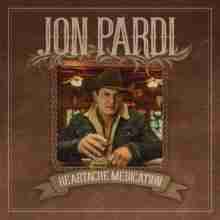 He previewed the record at an intimate gathering of music industry folks Wednesday afternoon.

The album includes “Don’t Blame the Whiskey,” which features Lauren Alaina and was written by Miranda Lambert and Eric Church.

Jon will kick off his Heartache Medication tour with back-to-back shows October 1st and 2nd at Nashville’s Ryman Auditorium.

Voting is still open at CMT.com.