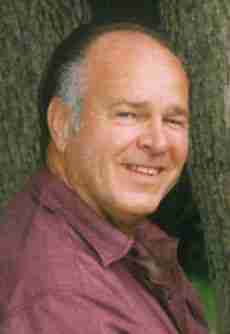 A funeral Mass for Roger Wedeking will be held at 10:30 a.m. on Tuesday, December 11, 2018, at Immaculate Conception Catholic Church with Reverend Gary Mayer celebrating the Mass.  Burial will be at Calvary Cemetery in Charles City.

Visitation will be at Hauser Funeral Home from 5:00 to 7:00 p.m. Monday, December 10, 2018, and will continue one hour before the funeral Mass at the church on Tuesday.

Roger William Wedeking, the son of Otto and Doris Wedeking, was born January 19, 1940, in Waterloo, Iowa.  He worked as a milkman and met the love of his life, Elaine Laures, while delivering milk to her family farm.  The couple was united in marriage on November 7, 1959, in North Washington, Iowa.  They made their home in the New Hampton area before settling in the Charles City area to raise their six children.

Roger worked at White Farm for almost 20 years and after that was a cross country truck driver for just as long.  He sang and played his accordion with his band “The Country Accents”, taught accordion, piano and guitar lessons and loved music.  Roger also played his accordion at the Senior Center, various care centers around the area and whenever the family went camping he would play in the campground and all of the other campers would gather to hear him play and sing.

Roger was a member of Immaculate Conception Catholic Church, Knights of Columbus, Wigwam Camping Club and he was involved with Scouts as a Scout Master.  He enjoyed bowling, crocheting blankets, dancing, camping and flowers (especially roses).  According to his family he made delicious pea salad, eggnog, cream puffs and Grasshoppers at the holidays.  Roger will be missed by all who loved him.

He was preceded in death by his parents; daughter-in-law, Sherry Wedeking; and two brothers:  Dennis Wedeking and Lawrence “Korky” Morrissey.