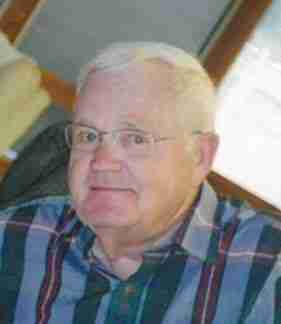 A funeral Mass for Calvin Larson will be held at 10:30 a.m. Thursday, November 14, 2018 at Immaculate Conception Catholic Church in Charles City with Reverend Gary Mayer celebrating the Mass.

A gathering of family and friends will be at Hauser Funeral Home in Charles City from 5:00 to 7:00 p.m. Wednesday, November 14, 2018 with a Scripture Service beginning at 7:00 p.m. Visitation will continue one hour prior to the funeral Mass at the church on Thursday.

Cal was born in Charles City on June 22, 1925, the son of Edwin and Stella Carlson Larson. He and his siblings, Howard, Justin, Stella and John made many happy memories growing up in the Floyd County Weather Bureau in downtown Charles City as their father was the county weatherman. He graduated from Charles City High School in 1944, graduating early to enter service in the US Army during World War II. Cal served in the Philippines and as a guard at Sugamo Prison in Tokyo, Japan where he saw Tokyo Rose and guarded Japan’s General Tojo. He married Betty Larson on September 22, 1951. They were married 58 years. He worked at Salsbury Laboratories as a maintenance technician for over 40 years. Following his retirement, he volunteered for many years at Immaculate Conception Church and School, assisting with maintenance duties. He also shared his love of astronomy, rock collecting and rope making with many school and church groups. He was a member of Immaculate Conception Church, the Knights of Columbus, VFW and the Experimental Aircraft Association (EAA).

He was preceded in death by his parents, siblings, wife and son-in-law John Gohr.

Cal enjoyed time with his family as well as hiking, biking, canoeing, reading and many other hobbies.