The New Hampton football team aims for their first win of the season after getting bounded by Charles City last week 21-9.  The Chickasaws host Waukon tonight at 7:30. You can listen to the Chickasaws right here on 95.1 The Bull with the pregame show starting at 7:00 and kick off is at 7:30.  Waukon is 1-1 on the season after picking up a 22-7 week two win over Crestwood.

Nashua Plainfield looks for their first win and points of the season tonight.  The Huskies travel to Mason City Newman. Mason City Newman is 1-1. They’re coming off of a 28-21 loss to Bishop Garrigan.  Kickoff is slated for 7 pm.

The Sumner-Fredericksburg Cougars aim for 3-0 tonight against North Fayette Valley.  The Tiger-Hawks are 0-2 on the season after losses to Waverly-Shell Rock and Union Community.  The Cougar offense has produced 86 points through the first two weeks of football.

Turkey Valley looks to improve to 3-0.  The Trojans are headed to Wyoming to face Midland.  Midland is 3-0 on the season with an explosive 166 points scored on offense.  But they’re only coming off of a five point, 48-43 win over Dunkerton last week.

South Winneshiek looks to rebound after a 44-8 week two thumping at the hands of Sumner-Fredericksburg.  The Warriors host Postville tonight. Postville is trying find their first win of season after back-to-back 42-7 losses.

The Nashua-Plainfield volleyball time is still searching for their first win of the season.  They’ll have five games tomorrow at Aplington-Parkersburg to find the right mix in their tournament.

The 4-3 Sumner-Fred volleyball team travels to Linn-Mar tomorrow for five games in a tournament.

South Winneshiek added another loss to the column last night.  Clayton Ridge swept the Warriors 25-17, 25-14 and 25-20. South Winn travels to Jesup for a tournament there tomorrow.

Don’t forget to catch the Iowa Hawkeyes against the Iowa State Cyclones tomorrow on 95.1 The Bull.  Kickoff for the Cy-Hawk game is at 4 from Iowa City. 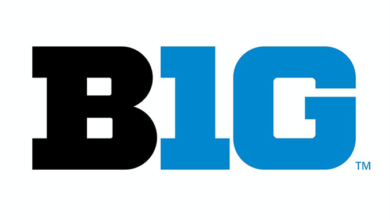