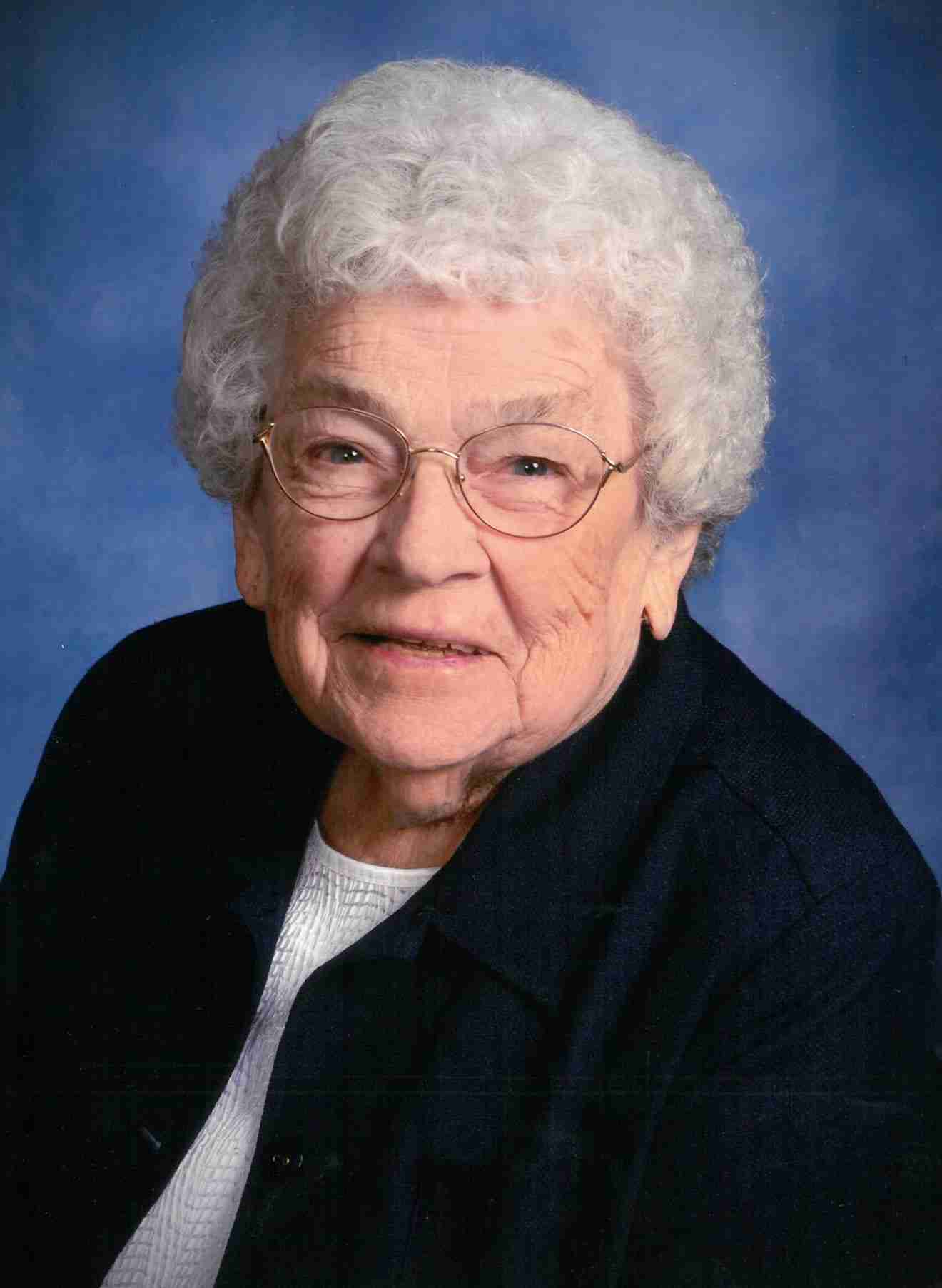 Annabelle H. Grimm, 94, of Charles City, passed away Sunday, June 10, 2018 at the 11th Street Chautauqua Guest Home with her family by her side.

A funeral service for Annabelle Grimm will be held at 10:30 a.m. on Wednesday, June 20, 2018 at Saint John Evangelical Lutheran Church with Pastor Russ Leeper officiating.  Burial will be at Sunnyside Memory Gardens in rural Charles City.

Visitation will be at Hauser Funeral Home Tuesday, June 19, 2018 from 4:00 to 7:00 p.m. and will continue one hour before the service at the church on Wednesday.

Annabelle Harriet (Koebrick) Grimm, the daughter of William and Lenora (Hoeft) Koebrick, was born April 8, 1924 at a farmhouse in Chickasaw County near Bassett, Iowa.  She was educated in rural schools and graduated from Charles City High School in 1942.  Annabelle received a six week scholarship from Farm Bureau and 4-H to attend Iowa State University, an achievement of which she was always proud.

Annabelle married James Grimm at the Little Brown Church in Nashua on August 15, 1943.  The couple made their home in rural Colwell before moving to the Koebrick family farm in Mitchell County near New Haven in 1950.  Annabelle and James farmed together for over 50 years milking Holsteins and raising hogs.  Following James’ death on June 19, 2004, Annabelle moved to Charles City.

Annabelle enjoyed making quilts, scrapbooking, sewing, mending jeans, gardening, cooking, canning and traveling throughout the United States and to other countries.  She loved spending time will all of her family, especially the grandchildren and great-grandchildren.

She was preceded in death by her parents; husband, James; two sons:  Roger and Ralph Grimm; and granddaughter, Kimberly Grimm.

In lieu of flowers, memorials may be directed to Saint John Evangelical Lutheran Church or Hospice.  If you still feel the need to send something, Annabelle requested that you send it to a neighbor or to someone in a nursing home or hospital instead of to the funeral home.