The Iowa High School Athletic Association held District Wrestling Tournaments all over the state on Saturday.  951 The Bull was in Parkersburg with live hold-by-hold coverage of the New Hampton-Turkey Valley wrestling team in their Class 2A District.  The Chickasaws had 12 wrestlers vying for a trip to the State Tournament and they were able to advance nine through.  The nine that will compete at the State Tournament will be Carson Babcock at 120 pounds, Mason Cleveland at 126, Max Babcock at 132, Michael Blockhus at 138, Noah Fye at 145, Cale Reicks at 160, Noah Glaser at 170, Evan Rosonke at 182 and Areon Day at 220.  951 The Bull will have full coverage of the State Wrestling Tournament beginning with the State Duals on Wednesday night.

The Nashua-Plainfield, Sumner-Fredericksburg and South Winneshiek wrestling teams were at Luther College in Decorah for their Class 1A District Tournament.  Nashua was able to get three of their four wrestlers through to State as Brock Dietz was the champion at 106 pounds, Jakob Whittinger was the runner-up at 113 and Nathan Dettmer was second at 195.  Sumner-Fredericksburg will have one representative at State as Brock Meyer was the champion at 195 pounds.  South Winn had a tough District as they lost seven of the nine wrestlers they brought.  Advancing for the Warriors are Manning Kuboushek at 182 pounds and Jackson Lukes at 285.  951 The Bull will also have complete coverage of the Class 1A State Tournament in Des Moines starting on Thursday night.

The New Hampton Chickasaw boys basketball team finished up their regular season on Friday night with a Northeast Iowa Conference home game against Waukon.  The Chickasaws had their five-game winning streak snapped as they lost to the Indians 63-55.  Keagan John led New Hampton with 19 points as they finish the regular season with an overall record of 11-10 and they end with an NEIC mark of 4-8.  Their next game will be in the District Tournament as they will play Union-LaPorte City tonight in Denver.  You can tune into this game right here on 951 The Bull starting with a pre-game at 6:15 and tip-off will be at 6:30.

The Sumner-Fredericksburg Cougar boys basketball team will also play in a Class 2A District Quarter-Final tonight as they will be at Oelwein to take on the Huskies.  The Cougars are 3-18 overall this season while Oelwein comes in at 4-17.  Tip-off for this game is scheduled for 8:00pm.

The Iowa Girls High School Athletic Union held opening rounds of their Regional Basketball Tournaments on Saturday night.  The Nashua-Plainfield girls basketball team was in Denver for their Class 2A Region 3 opener against the Cyclones.  The Huskies opened up a 14-3 lead after the first quarter and were able to hang on to win the game 50-44.  Sydney Hanson had 17 points to lead Nashua and Libby Fisher scored 15 as the Huskies improved to 3-19 on the season.  The will play in the Regional Quarter-Finals tomorrow night at Jesup.

The Sumner-Fredericksburg Cougar girls basketball team was dominant in their opening round Class 2A Region 4 game against Starmont.  The Cougars controlled the game all the way to a 56-25 win.  Cassidy Pagel had 14 points to lead the Cougars who improved to 19-2 overall this season.  They will play again tomorrow night in Delhi against Maquoketa Valley.

The South Winneshiek Warrior girls basketball team was also victorious in their Class 2A Region 4 opener on Saturday night as they defeated Clayton Ridge 56-30.  The Warrior girls are now 10-10 this season and they will play at MFL-Mar-Mac tomorrow night in the Regional Quarter-Finals. 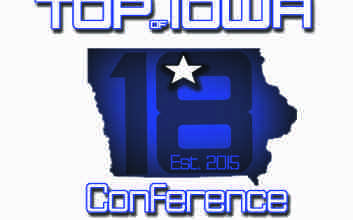 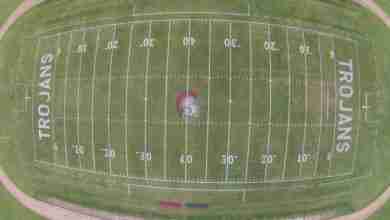