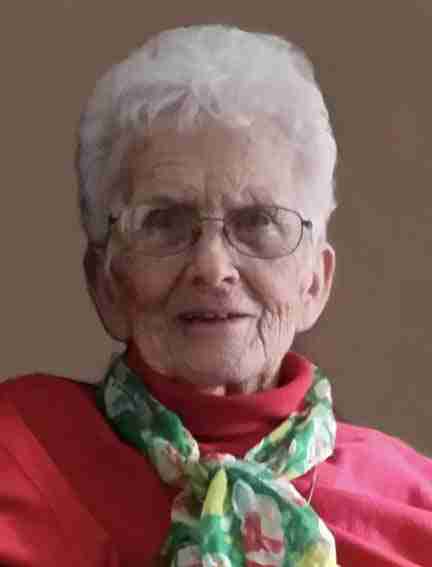 A funeral Mass for Marian Frascht will be held 10:30 a.m. Saturday, January 20, 2018 at Immaculate Conception Catholic Church with Reverend Gary Mayer celebrating the Mass. Burial will be at Calvary Cemetery in Charles City.

Visitation will be at Hauser Funeral Home from 5:00 to 7:00 p.m. Friday, January 19, 2018 and will continue one hour before the funeral Mass at the church on Saturday.

Marian Annette (Jacobson) Frascht, the daughter of Sigurd and Ella (Miller) Jacobson, was born February 10, 1929 in Cherokee, Iowa. On October 12, 1946, she was united in marriage to James “Jack” Joseph Frascht. Marian was very involved with Floyd County Cancer Fund, the Chamber Welcome Program, Hospice Volunteer, 4-H & FFA supporter (especially at the Fair), Reach for Recovery, Soroptomist, Elk Women, Women of the Moose and Ducks Unlimited. She was the recipient of the Woman of the Year Award and was just a great promotor of Charles City.

Marian was a member of Immaculate Conception Catholic Church in Charles City. She worked at and managed McGregor’s Furniture for 40 plus years retiring in 1994. Marian loved her coffee group and was instrumental in the local movie theater in Charles City. She enjoyed bowling, gaming, cards, dancing and swimming, but loved spending time with her family.

She was preceded in death by her parents; husband, James “Jack” on June 12, 2013; great granddaughter, Rachel Frascht and brother, Loren Jacobson.