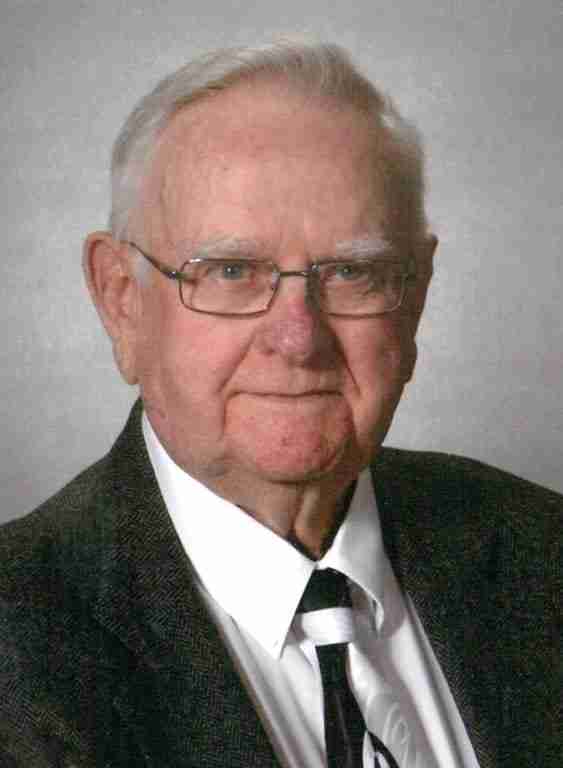 A funeral service for Marvin Huxsol will be held 11:00 a.m. Monday, January 8, 2018 at Trinity United Methodist Church in Charles City with Pastor Jim Beranek officiating.  Burial will be at Riverside Cemetery in Charles City.

Visitation will be held from 9:30 a.m. until the start of the service at the church on Monday.

Marvin Donald Huxsol was born April 18, 1931 to Irving W. and Sophia H. (Jung) Huxsol.  He grew up on the farm, attending Pleasant Grove #2 country school for eight years.  Marvin was active in FFA and 4-H.  He graduated from Charles City High School in 1949.  Marvin married Phyllis Hicok in Charles City on May 25, 1952.

Marvin went into the United States Air Force on September 11, 1952 serving at FE Warren Air Force Base in Cheyenne, Wyoming until September 10, 1956.  Following his discharge, he worked at Farm Service Coop in Charles City for 13 years and at Salsbury/Solvay for 23 years while still farming.

Marvin was a member of Trinity United Methodist Church in Charles City, Methodist Men and the American Legion. He loved to play cards and other games with his family and friends.  Marvin and Phyllis celebrated their 65th wedding anniversary May 25, 2017.