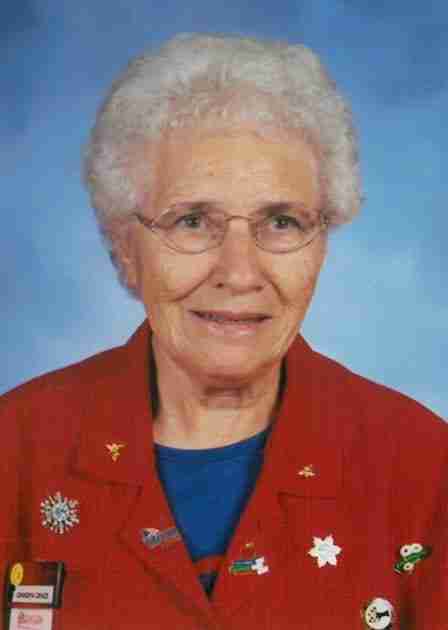 A funeral service for Grace Waddell will be held 10:30 a.m. Saturday, January 6, 2018 at Hauser Funeral Home in Charles City with Pastor Mark Luckiesh from the Seventh-day Adventist Church officiating. Burial will be at Sunnyside Memory Gardens in rural Charles City.

Visitation will be at Hauser Funeral Home from 5:00 to 7:00 p.m. Friday, January 5, 2018 and will continue one hour prior to the service at the funeral home on Saturday.

Grace (Bill) Hulda Waddell, was born May 23, 1920 in Benson, Illinois to Fred and Rosa (Davis) Bill. She was the eighth born of 16 brothers and sisters. Grace moved to a farm in Iowa, near Colwell, at three months of age. She went to a Colwell School, a country school and later received her high school diploma by completing her courses at home. Grace held many jobs over the years including; waitress, grocery store cashier, worked in factories and spent 18 years as a nurse’s aide at Riverside Chautauqua Guest Home until the age of 69.

Grace was a member of the Seventh-day Adventist Church, the VFW Auxiliary, Senior Center and 60 plus at Floyd. She loved to bowl, read books (especially the Bible), cooking, gardening and most of all being with her family and friends.

On January 1, 1942, Grace married Fredrick White. This union produced two sons, Arnold “Arnie” and Elmer. They later divorced. She then married George Waddell on May 28, 1949. George adopted her two sons. They were married for 45 years before George passed away. After he was gone, Grace needed something else to do so she decided to go back to work and got a job at the Treasure Chest. She also became a foster grandma. Grace worked at a preschool and had so much love for all the little kids. She even received the honor of being Foster Grandma of the Year in 2008. Grace was a kind, loving, hardworking person who spent many years of her life helping others. Her love for her family was always unconditional, she will be missed.

In lieu of flowers, memorials may be given in Grace’s name to the Seventh-day Adventist Church, 110 Hillside Drive, Charles City, Iowa 50616.