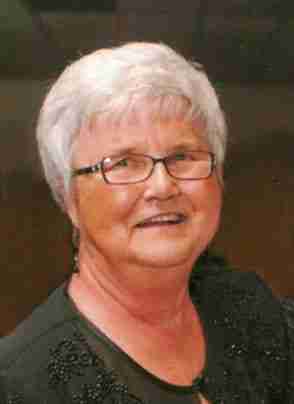 On May 27, 1949, she was united in marriage to Gerald “Bud” Kingery. To this union four children were born: Barb, Judy, Kim and Kevin . Vi was a homemaker for her family. She was also a 4-H leader for her children’s 4-H groups, an Avon saleswoman for many years, and an employee at Sears for a time. The Kingery family farmed south of Charles City until 1991 at which time they moved to Charles City.

Vi was an active member of Trinity United Methodist Church where she was involved in the church’s women’s ministries and MIDI’s. She was also a member of Birthday Club, and Cedar Side Neighborhood Club. Vi loved to play cards, specifically 500, bowl, garden and golf. She was an avid Iowa Hawkeye fan and was ready to drop anything to watch a Hawkeye basketball game. In their younger years Vi and Bud would go square dancing in Marble Rock, and later on, to dances in Janesville at the Riviera Ballroom. Vi and Bud spent many winters in Texas and had a whole network of friends who felt like family there. Vi’s children, grandchildren and great grandchildren were very important to her and will always remember the family Christmas’ spent at her house.

She was preceded in death by her parents; step mother: Muriel Blum; husband Gerald “Bud” Kingery in 2012; one great granddaughter: Elliana Kock; and brother: Eugene Blum.

In lieu of flowers memorials may be directed to charity of donor’s choice.

The Hauser Funeral Home, in Charles City, 641-228-2323, is in charge of arrangements. Online condolences may be left for the family at www.hauserfh.com

We've had the super moon, now it's time for a mini-moon