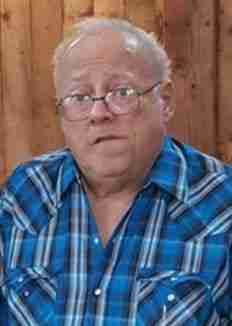 Steven “Steve” Herron, 69, of Charles City, passed away Wednesday, May 31, 2017 at the Muse Norris Hospice Inpatient Unit in Mason City.

Visitation will be at Hauser Funeral Home one hour prior to the funeral service on Friday.

Steven Christopher Herron, the son of John Jr. and Genevieve (DeWalle) Herron, was born January 10, 1948 in Osage, Iowa. He received his education in Charles City before beginning his working career. Steve worked at Sky Tech for almost 25 years in Charles City and transferred with the company to Waverly after the tornado in Charles City. He was forced to retire at a young age due to health reasons.

Steve was united in marriage to Nancy Schrader on May 6, 1972 at Saint John Evangelical Lutheran Church in Charles City. This union was blessed with two children, Stephanie and Kevin. The couple later divorced. Steve enjoyed fishing, hunting (deer and duck), trapping, riding his snowmobile and searching for morel mushrooms and asparagus. He loved spending time with his family, especially his grandson Chase.