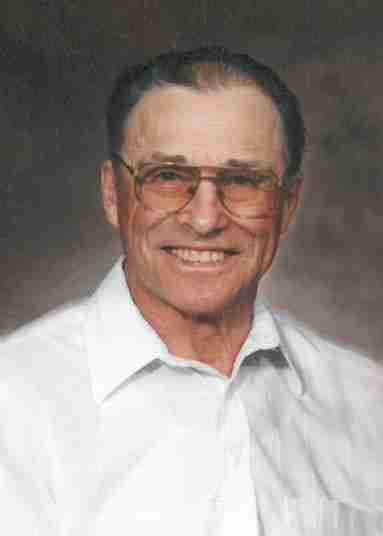 Jerald “Jerry” Copper, 95, of Charles City, passed away Saturday, May 13, 2017 at the 9th Street Chautauqua Guest Home in Charles City.

A funeral Mass for Jerry Copper will be held 10:30 a.m. Thursday, May 18, 2017 at Immaculate Conception Catholic Church in Charles City with Reverend Gary Mayer celebrating the Mass. Inurnment will be at Calvary Cemetery in Charles City.

A gathering of family and friends will be at Hauser Funeral Home in Charles City from 5:00 to 7:00 p.m. Wednesday, May 17, 2017 with a Scripture Service beginning at 7:00 p.m. Visitation will continue one hour prior to the funeral Mass at the church on Thursday.

Jerald “Jerry” E. Copper was born December 4, 1921 to Edwin and Catherine (Roth) Copper in Osage, Iowa. He attended a country school in the Osage area until the 8th grade when his father passed away. Jerry then stayed home to help manage the family farm and care for his four younger brothers.

One of Jerry’s first jobs was working on a turkey farm for $1 a day. He also worked at Oliver running a lathe and sheet metal press. On February 22, 1944 Jerry was united in marriage to Beverly Valeske at Immaculate Conception Catholic Church in Charles City. Jerry began to farm near Floyd and received a Distinguished Farmer award the same year he and Beverly were married. To this union two children: Nance and Bruce were born. Jerry was a hard worker through and through, farming his entire life and instilling that work ethic in his children who passed it along to their children.

Jerry was always a provider: first for his mother and siblings, later for his wife and children, and even for friends and strangers; always ready to help someone in need. He was a 4-H leader, where he enjoyed being involved in his children’s livestock projects and supporting his daughter as one of the first girls in a nearly all-boy 4-H group. Jerry found enjoyment in supporting his grandkids at horse shows. In later years, he enjoyed spending time searching for parts and restoring his 1952 Chevy pickup. Jerry was also a member at Immaculate Conception Catholic Church in Charles City. Built on a lifetime of experience, Jerry’s advice for the younger generation has always been, “Work hard.”

He was preceded in death by his parents; and 3 brothers: Robert Copper, James Copper and Gilbert Copper.

Iowa farmers warned not to ignore weeds, lest they build up resistance